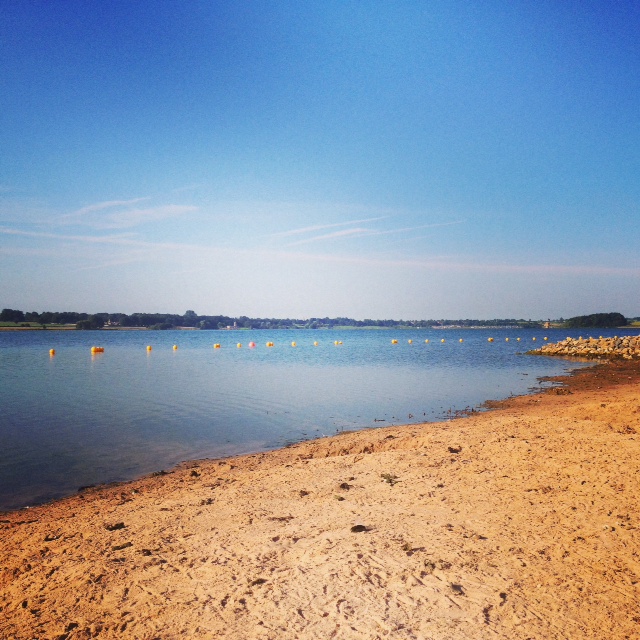 Posted in Puddle Cottage, Rutland Water, Things to do in Rutland July 1st, 2015

Rutland Water have opened their beach and swimming areas early this year as the summer heatwave hits the UK. According to the Rutland and Stamford Mercury:

The swimming area will be open seven days a week for the rest of the summer with trained lifeguards on duty. It’s the second year for the attraction which proved a hit with families last summer as thousands flocked to the shores of Europe’s largest reservoir.

Tony Entwhistle, from Anglian Water’s recreation team, said: “There’s so much to do already at Rutland Water, from riding the bike trails to watching wildlife, fishing, eating a meal or taking part in watersports.

“But with the heat setting in many of us will be thinking about heading to the beach. What they may not know is that we have one right on the doorstep.

“We had such a fantastic year in 2014 when we opened the beach with thousands of people turning out to soak up the sun and take a dip. This year people were so eager to get out there again that we have decided to open a couple of weeks early.”Subject to weather conditions the swimming area will be open between 10am and 6pm every Saturday and Sunday and 11am to 3pm on weekdays until the start of the school holidays when it will be open 10am and 6pm every day. People can park at Sykes Lane, Empingham.