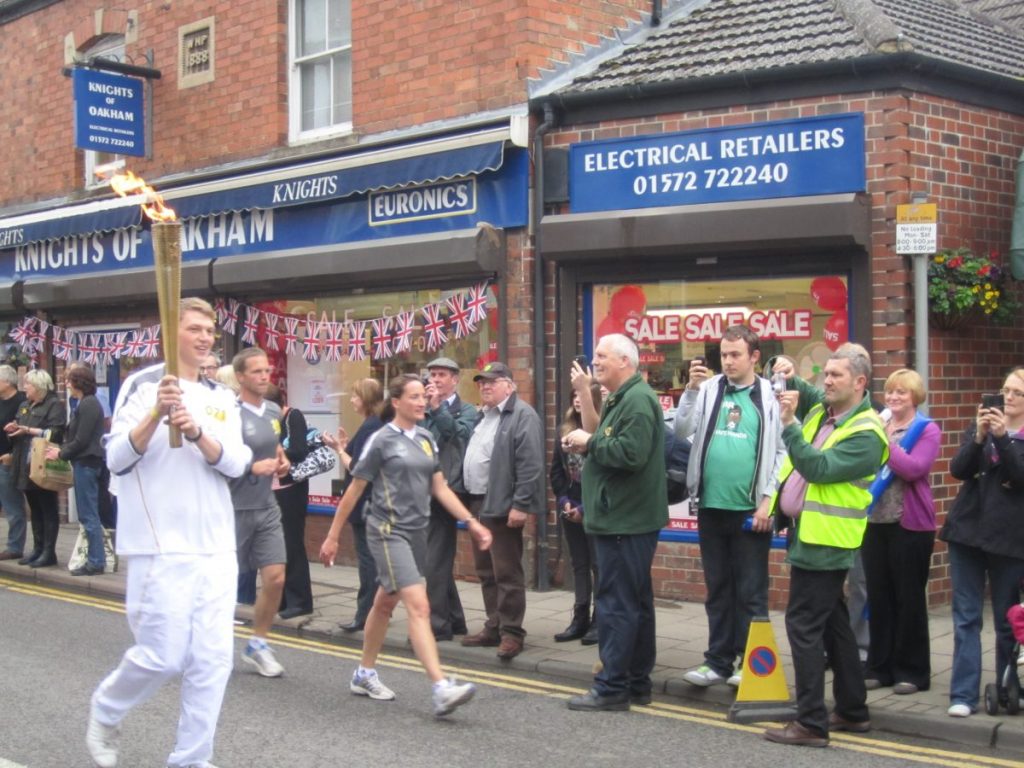 The Olympic Torch in Rutland

Today, on Day 46 of the relay and with less than a month to go until the start of the Olympic Games, Rutland saw its first glimpse of the Olympic Torch.

The Torch had made its way from Leicester that morning, and huge crowds gathered to see the Olympic Torch pass through Oakham High Street at approximately 2:30pm.

The Olympic Torch arrived at Normanton on the South Shore of Rutland Water where large crowds gathered to greet the Torch. The torch then made its way through Edith Weston and onto Uppingham, before heading over to Stamford, then Burghley House and to home for the evening in Peterborough.

We were lucky enought to see the torch pass through Oakham High Street and then greet the Torch as it arrived on the South shore of Rutland Water at Normanton before passing through Edith Weston.