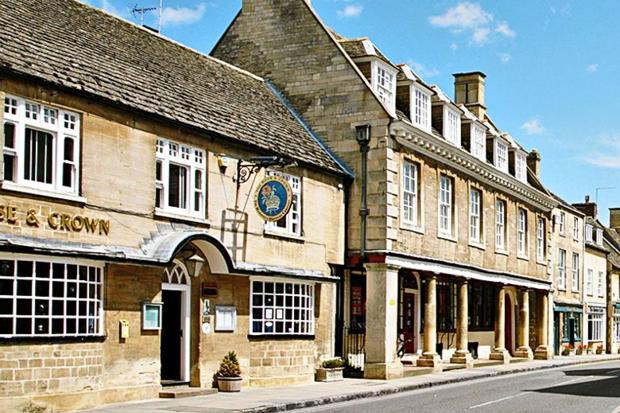 A weekend in … Oundle, Northamptonshire

I thought I would share this article taken from the Times on Saturday about the historic market town of Oundle which is just 17 miles from Puddle Cottage and well worth a visit.

Poor old Richard III. Lost for centuries. Rediscovered in a Leicester car park. And now, here I am, standing on the spot where the slaughtered king was born … and what do I find? Absolutely nothing. I’m not disappointed, though.

Fotheringay Castle, where Richard emerged into the world, has crumbled away over the years – all that remains for the visitor to mull over is a single chunk of masonry and a high, once-fortified mound. Climb that hill, however, and you overlook the thatched sweetness of the local village , the meandering  River Nene and the tranquil beauty of Northamptonshire. Which seems more than enough.

Arriving in nearby Oundle, I was struck by the charm of the town crammed with honey-stone homes and fine old buildings, many of them belonging to Oundle School, which is very much part of the community. I strolled around, had lunch in a café called Dexters, and was overwhelmed by a sense  of condensed loveliness, England at its best.

Then a ten-minute drive took me through the lovely Tansor village to Fotheringay, which proved to be still more beautiful. At this point, standing on that mound overlooking a sun-filled landscape seemed a better deal than hacking round the innards of some well-preserved old castle.

The thing about this corner of Northamptonshire  is that it’s not overloaded with famous attractions, yet it easily repays subtle attention. Oundle is barley large enough to house 5,000 people and is  made up of just a handful of streets. Those streets, however, are deeply atmospheric, and I discovered at least three of four tiny alleyways and courtyards that add depth. I stumbled on Hambleton Bakery, winner of last year’s ITV1 series, Britain’s Best Bakery, hugging a lane off the Market Place. Two traditional butchers did fierce trade nearby; I browsed three antique shops, a gallery, a delicatessen, wandered past four attractive  cafés (supported by Oundle pupils, I imagine), plus a handful of good looking pubs.

Dropping into the Ship, I had a pint that – they told me – had been brewed a few hundred yards away, so I drank up and walked to the North Bridge  (Oundle is trapped within a meander of the Nene and has two stone bridges) where I found Nene Valley Brewery and its co-owner, Dick Simpson, whose story was intriguing. Finding himself ‘retired’ from his City job, he started brewing in his back garden. then last year opened this brewery, re-establishing an ancient Oundle tradition that had died out 50 years earlier. On Friday and Saturday you can buy a beer here; and if he has time he’ll show you the brewing process amid the smell of hops and booze.

That night I bumped into history again at the Talbot Hotel, one of the oldest buildings in town, a place that’s made a decent job of mixing heritage and refurbishment, and arrangement that became clear when I left the bar and walked up a set of stairs that were plundered from Fotheringay Castle. Half-way up, there’s a mark on the banister that was allegedly made by Mary Queen of Scots when she was imprisoned, and executed, at Fotheringay. Hotel staff told me the mark was supposedly made by her ring, but when I pressed the point, they smiled…

Next day I explored the lakes and river backwaters of Barnwell Country Park on the edge of town, chatting to anglers and eating Hambleton cake. But the wider countryside was waiting to be explored so I drove ten minutes to Lyveden New Bield , which proved to be another example of heritage dominated by its own landscape – like Fotheringay and Oundle. Lyveden is a lavish Elizabethan lodge that was never completed, because of the death of its owner and the disgrace of a son involved in the Gunpowder Plot. Not I stands unroofed, like a 400-year-old skeleton. I spent hours walking, and at the end realised that a dead building in a beautiful landscape was also far more engrossing that most things, including a king in a car park.

If you are looking to visit the area and explore the area, then why not stay at Puddle Cottage? The 4 star self catering cottage is located in the charming village of Edith Weston and has 1 bedroom and sleeps 2 comfortably and is just a short walk to the South shore of Rutland Water. The historic market towns of Oakham, Stamford and Uppingham are also within 8 miles of the cottage. To book a stay please contact Anna on 07734175291 or enquiries@puddle-cottage.co.uk.